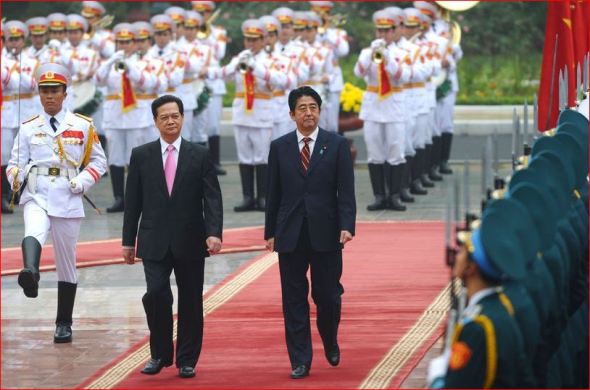 Between January 10 and 19 this year, Japanese Prime Minister Shinzo Abe and Foreign Minister Fumio Kishida paid formal bilateral visits to the Philippines, Singapore, Brunei, Australia, Vietnam, Thailand and Indonesia: seven countries in the space of 10 days. The diplomatic blitz illustrates the intersection of the East and South China Sea disputes, and the impetus this has given to Japan’s policy of deepening regional engagement since the early 2000s.

Six of Abe and Kishida’s seven destination countries were ASEAN member states, and three of them were parties to the South China Sea disputes. In fact, Taiwan aside, the only non-PRC South China Sea claimant state that Japan’s leaders did not visit was Malaysia, which continues to quietly extract hydrocarbons and develop tourism in the disputed area with little hindrance, thanks to its steadfast determination to avoid antagonizing Beijing.

Abe had actually wanted Washington to be his first destination after taking office, in line with his publicly stated intention to strengthen ties with the US, but Barack Obama was too busy to host a January summit. The hasty arrangement of Abe’s jaunt through Vietnam, Thailand and Indonesia — he set out on January 16, only nine days after being told Obama’s schedule was full — seems to suggest receptiveness to Japan’s advances in major ASEAN capitals.

Not surprisingly, the Philippines and Vietnam were the most openly enthusiastic about the Japanese leaders’ visits. Kishida arrived in Manila on January 9, exactly one month after Philippine Foreign Secretary Albert del Rosario told the Western media the Philippines would “very much” welcome a rearmed Japan free from pacifist constitutional constraints. This time Del Rosario took the opportunity to denounce the PRC’s South China Sea policy in probably the strongest terms yet seen from a serving minister, telling reporters after the meeting that the China was engaging in “very threatening” behaviour: “We do have this threat and this threat is shared by many countries not just by Japan.”

If the rhetoric sounded highly-strung, it was almost matched by the two countries’ actual actions. Del Rosario said Kishida had brought with him an offer of 10 brand-new patrol boats for the Philippines Coast Guard, later confirmed to be supplied under Japan’s Official Development Aid program. To put that in context, the Philippines Coast Guard only has 15 ships currently in service, plus 5 on order from France, so Japan is single-handedly increasing the PCG’s ship numbers by more than 30%.

END_OF_DOCUMENT_TOKEN_TO_BE_REPLACED

As seen on TV…well, not quite but almost

Apologies to anyone who may have visited in hope of new material in the past few weeks. This year I need to write a PhD dissertation so posts will be even more sporadic than usual. There are a number of unfinished ones in the pipeline that I really hope to get around to completing at some point, and I will try to also post some of the summary translations of significant PRC media articles and comment threads that I normally keep to myself.

What follows is a piece I wrote for the Jamestown Foundation’s China Brief which came out last Friday: Radar Incident Obscures Beijing’s Conciliatory Turn. This version here has the addition of links to the sources at the end.

Also, since there are no comments on the Jamestown website, I encourage anyone who wants to discuss to leave comments here on this post.

Thank you for tuning in and making this blog such a temptation to write on.

On February 5, Japanese Defense Minister Onodera Itsunori told the world that a Chinese Navy frigate had pointed “something like fire-control radar” at a Japanese Maritime Self-Defense Force (MSDF) destroyer some 100-150 kilometers north of the disputed Diaoyu/Senkaku Islands on January 30. He said the same may have happened to a MSDF helicopter on January 19, though this remained unverified (Daily Yomiuri, February 7; Sydney Morning Herald, February 7).

This marked the first direct involvement of People’s Liberation Army (PLA) Navy ships in the ongoing confrontations around the islands since Japan’s government purchased three of them from a private Japanese owner on September 10 last year. Accordingly, much reportage and analysis has characterized this as part of an ongoing series of escalatory Chinese actions in the East China Sea. Yet the radar incidents ran counter to a distinctly conciliatory trend since mid-January in China’s official rhetoric, diplomatic action, media discourse and even maritime activities.

END_OF_DOCUMENT_TOKEN_TO_BE_REPLACED 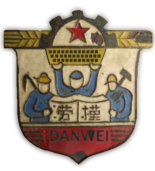