Are China’s hawks actually the PLA elite after all? [Revised] 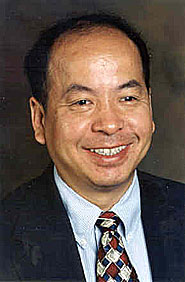 [Updated 17 Dec: As with most things on here, this was bashed out hastily in the not-so-early hours of a morning, so i’ve taken the liberty of revising and adding some bits as i read through it two weeks later. In particular i felt the need to add in the various things i agree with from Liu and Ren’s excellent article, in addition to the criticisms i made.]

In an upcoming Journal of Contemporary China article addressing the always fascinating question of PLA officers’ belligerent media statements, Yawei Liu and Justine Zheng Ren advance exactly the opposite case to the one made here earlier this year. They argue that military commentators’ media statements represent the “consensus” voice of the PLA, fighting to influence the CCP’s foreign policy.

Dr Liu, who directs the Carter Center’s China Program, happens to be the brother of General Liu Yazhou, most recently of Silent Contest fame. General Liu himself even features in the article, but references to his thinking are indirect (“General Liu seems to share the conviction that…”), presumably meaning that the two brothers have not talked over these work-related issues. Still, if anyone is in a position to knock the teeth out of my “propaganda, not policy” argument, Dr Liu should be the man.

To briefly recap, my argument was that, based on the backgrounds and affiliations of the main “hawks”, the belligerent military voices in the Chinese media are largely those of nominated propaganda/publicity experts (the two terms conflated as 宣传), whose job is to mould a positive image of the PLA among the domestic population and augment the military’s capabilities by shaping international audiences’ perceptions.[1]

END_OF_DOCUMENT_TOKEN_TO_BE_REPLACED

The latest “leaked” video from the PLA, and its subsequent deletion from the Mainland Chinese internet, has the western China watching community grasping for explanations. Leftist battle-cry ahead of a rightist Third Plenum? Harbinger of an assertive turn in China’s US policy? A glimpse of what the PLA really thinks? My humble addition to this motley list is: powerful statement of self-importance by the CCP-PLA propaganda apparatus?

The video itself is really quite a masterpiece in my view, produced by a master of political warfare, PLA National Defense University Political Commissar Liu Yazhou. It details how America is waging a smokeless war of “political genetic modification” against China, utilizing the permeation (渗透) and “peaceful evolution” strategy that brought down the Soviet Union.